On April 19th the final of the National Professional Contest of Bartenders LIDSKAE BEER MASTER 2017 took place in «STIRLITZ spy bar». «Lidskoe pivo» company was an organizer of the contest, and Splash&Dash bartending school was its partner.

There was a qualifying round and semi-final held before the final of the contest. They had to register on lidskae.by website from March 28th to April 5th in order to take part in the qualifying round. Based on the results of the first stage of the contest, 127 bartenders older than 19 years, with work experience of more than half a year were selected for the semi-final.

The second stage of the contest took place on April 11th. The contest participants had to take a theoretical test on bartending and craft production of «Lidskoe pivo». 15 bartenders got the greatest number of points in the test: Evgeny Aleksandrovich, Shanchuk Kristina, Petchenko Filipp, Perekhod Egor, Timofeev Aleksey, Kazakov Sergey, Vinokurov Aleksey, Spichenok Aleksey, Budkevich Anton, Kozlov Andrey, Pekar Oleg, Pribolovec Nikolay, Roshchin Aleksey, Lyach Aleksandr, Martoplyas Anton. These were the finalists of LIDSKAE BEER MASTER 2017.
For five days before the final, the participants had been creating their author cocktails based on the new and unique for Belarus beer of the «Master’s Collection» craft series — American Black Ale. Main brewing master of the company Oleg Malakhov presented this new beer at the semi-final of LIDSKAE BEER MASTER 2017.

«Lidskoe pivo» uses innovational approaches to brewing its beer. And our «Master’s Collection» craft series proves it as well. A limited series of beer from the factory brewing masters is a unique and significant fact for Belarus. At the ground of LIDSKAE BEER MASTER 2017 we’d like to stress this special feature of the national beer market. That’s why we decided to suggest bartenders make their cocktails based on the new sort of beer from «Master’s Collection» craft series for the first time in the history of the contest», – main brewing master of «Lidskoe pivo» company Oleg Malakhov said.

Special experts of the contest — media representatives and blogger communities — also selected their favorite. They used their experience and mastership gained at two-day training course «Beer and bartending trends. Hop laboratory» to rate the cocktails of the finalists. 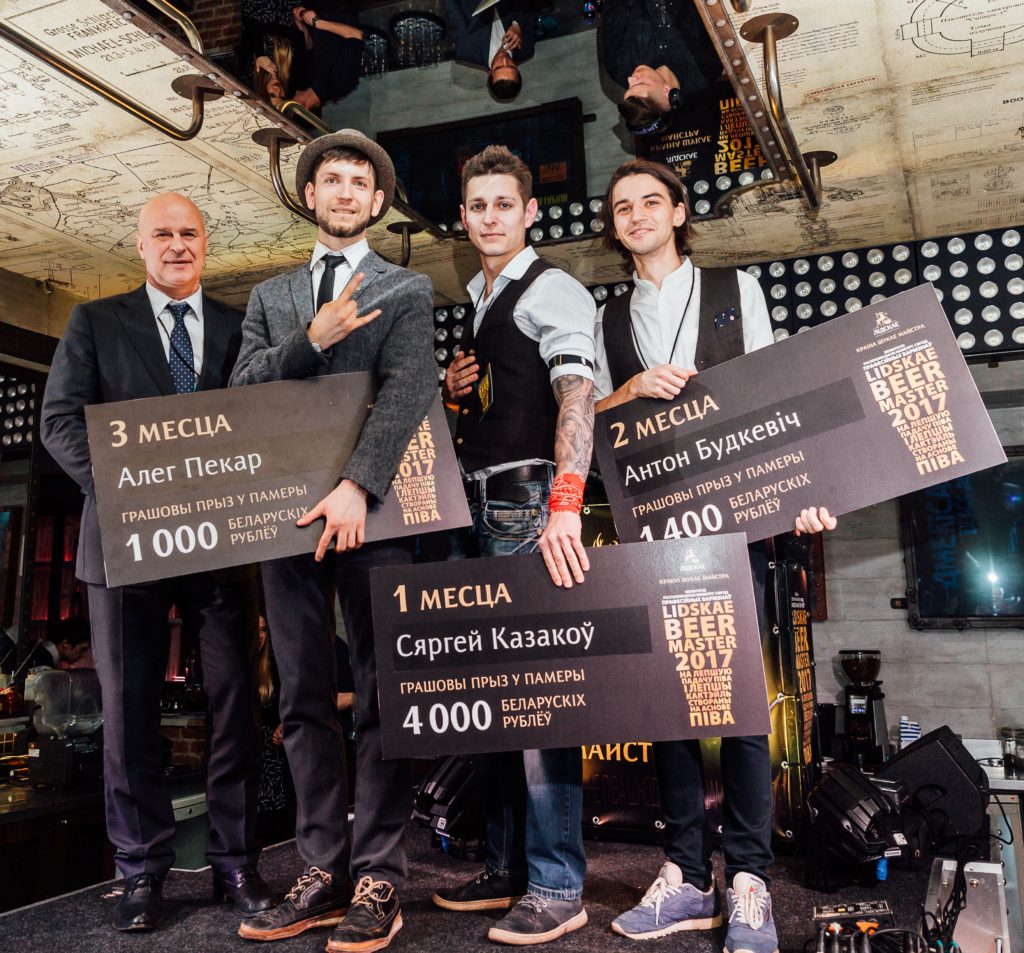 «We’re glad to be organizers of such a grand project for the third time and recognize once again that LIDSKAE BEER MASTER ground is constantly consolidating its expert status. We can see it both in the level of the presented author cocktails and in professional growth of the contest participants. After participation in LIDSKAE BEER MASTER they become bar trend-setters promoting bartending culture in Belarus», Audrius Mikshis, General Director of «Lidskoe pivo» company, commented.