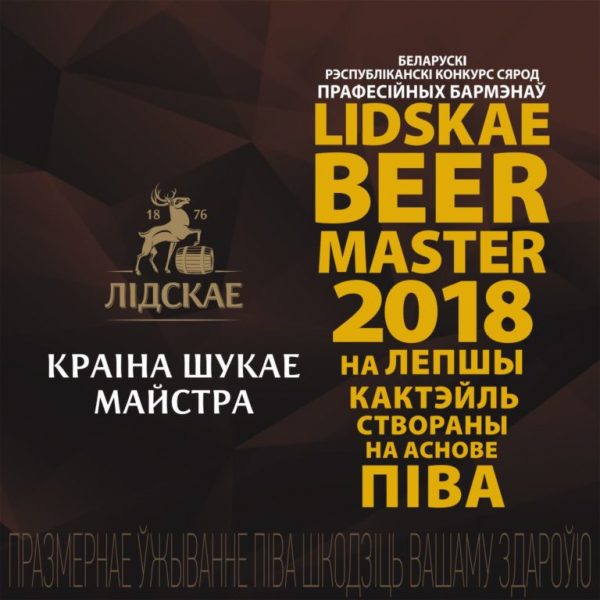 Since February 26, registration for the 4th republican contest of professional bartenders LIDSKAE BEER MASTER has been opened. JSC “Lidskoe Pivo” became the organized of the event. Belarusian bartenders over 19 years old with at least six months of experience are invited to take part in the event. The aim of the contest is to draw public attention to the necessity to develop the drinking culture. The contest is supported by the Bartending School Splash&Dash.

LIDSKAE BEER MASTER supports professional standards of European bartending contests: bartenders demonstrate both theoretical and practical knowledge in the field of cocktail making. The contestants who will manage to pass the qualifying stage will present authors’ beer cocktails in the final. The jury will be composed of bartending professionals, restaurateurs and journalists of major media. Three winners will be awarded cash prizes.

In order to participate in the contest it is necessary to fill in the application form on the website of JSC “Lidskoe Pivo” not later than March 15. The rules of the contest and all necessary information can be found here.