NEIPA or New England IPA was firstly brewed in 2011 in the North East of the USA. Its popularity however began to grow only 4 years after. NEIPA blew up on the American market in 2015 and became one of the most desired IPA varieties.

Sharing the same style, NEIPA and IPA differ from each other in terms of flavor and IBU bitterness values. IPA’s IBU from the “KALEKCIYA MAISTRA” reaches value of 40 and NEIPA’s value amounts to 20. Another significant characteristics and distinctive feature of this variety is high turbidity due to filtration absence. Oat and oat malt are used for turbidity stabilization.

NEIPA contains special LALBREW NEW ENGLAND yeast which adds beer an intense flavor with a hint of flowers and tones of ripe tropical fruits. For manufacture of NEIPA from the “KALEKCIYA MAISTRA” it was decided to use well-known hop varieties Citra and Mosaic made at a low temperature using special technology. Soft taste, delicate bitterness and vivid, strong aromatics make NIEPA a popular craft product.

The price of one can of NEIPA from the “KALEKCIYA MAISTRA” is 2.99 BYN. New beer will appear on store shelves in a format of 0.5 L aluminum can. 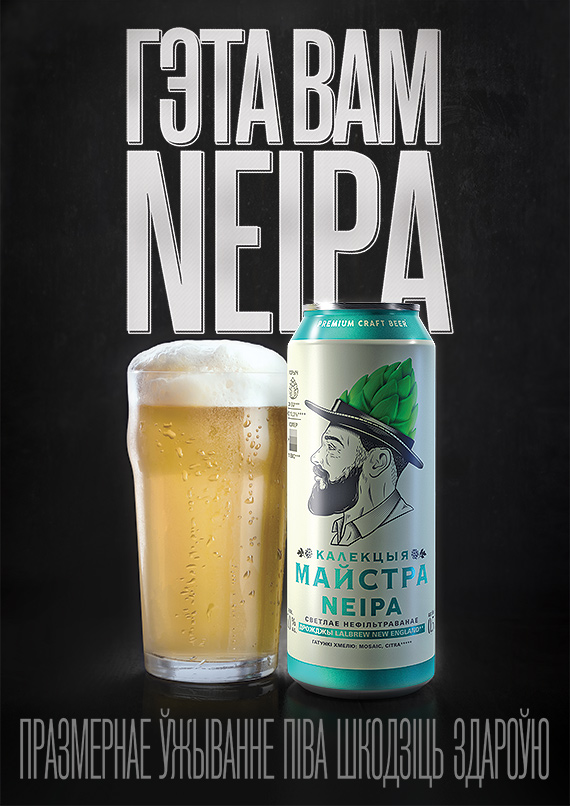