On April 5, the company “LidskoePivo” launched the sale of a new brand in “KORONET” line – “KORONET BROWN ALE”.

A novelty of Lida brewers originates from English beer, which was popular in the 18th century. In the 19th century, brown ale practically disappeared from the scene because of the high cost of dark malt. It was revived only at the end of the century. Since the 1920s, brown ale has become widespread in England and elsewhere around the world.

The technology of top fermentation, which is typical for the production of classic British ale, is used to produce “KORONET BROWN ALE”.

“KORONET BROWN ALE” contains 4.7% alcohol, its bitterness ranges from 8 to 12 IBU, original extract – 10.5%. East Kent Goldings hop, traditionally used in the production of English ales, adds a slight but noticeable bitterness to its taste. A distinctive feature of “KORONET BROWN ALE” is a tangible caramel flavor with notes of biscuit or roasted toast. The product is sweetish, flavored with chocolate and nuts. The distinctive taste of the product is created through a combination of “Chateau Chocolat” and “Chateau Black”malts. “KORONET BROWN ALE” is dark, closer to brown, which corresponds to the color of the traditional English brown ale. The color value of the product is 40-50 units according to the European Brewery Convention.

The product is introduced into the assortment on a permanent basis and will be presented in the royal pint format – a 0.568-liter glass bottle. “KORONET BROWN ALE” is designed in the British style and is a logical continuation of the entire “KORONET” line. The price of the product will be similar to other kinds of beer in the line. 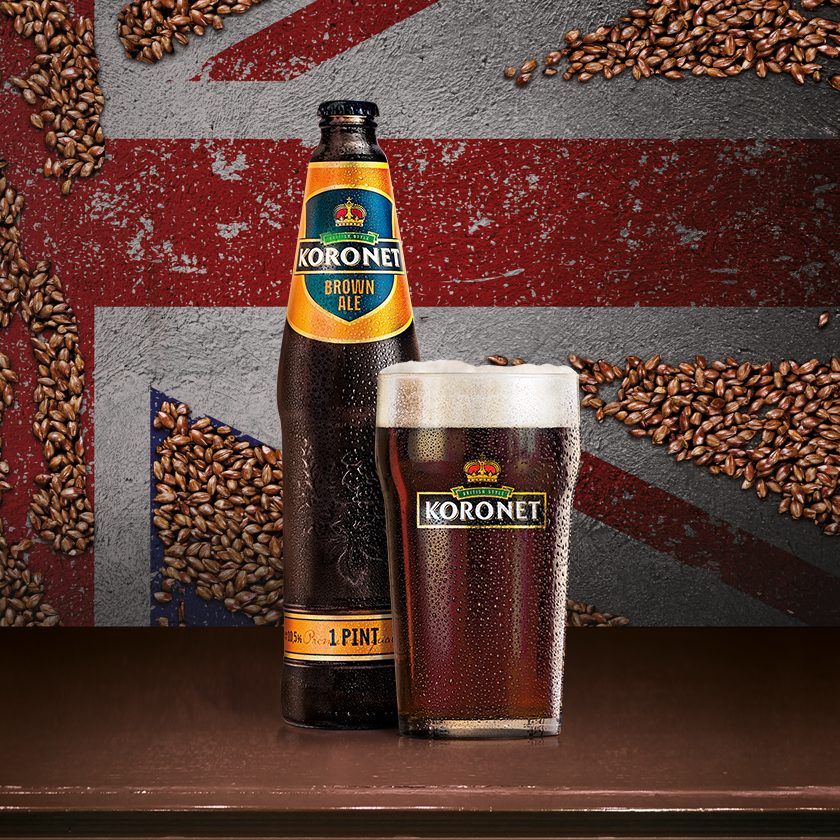