Last year the open air LIDBEER festival became the biggest festival in the country: over 100,000 guests from Belarus and other countries came to Lida, and performances of participants of the gala concert were witnessed by about 60,000 viewers. This autumn, LIDBEER comes back in a new form and takes place in the capital of brewing — the city of Lida — on September 9. And, as it is already a good tradition, the festival will surprise the guests with famous names: the main stage will host the best modern bands of Belarus, Russia and Ukraine: «Петля Пристрастия», «Крамбамбуля», «Lumen» and «Океан Ельзі»!

In 2017 the LIDBEER open-air will start speaking Belarusian. The festival is organized by JSC «Lidskoe Pivo», one of the largest brewing factories of the country, which has never stopped production since 1876 and continues to please the customers with various high-quality beer brands and non-alcoholic drinks. In 2016, «Lidskoe Pivo» re-branded its flagship beer line, «LIDSKAE», and started to communicate with its customers in Belarusian. The LIDBEER festival will also support this initiative; the relevant merchandise will be produced, and the communication with the guests will be in Belarusian.

Interactivity is the main feature of the festival. Everyone had the chance to become a participant of the huge open-air festival. To do so, it was only required to fill in the application form on the site of the festival and send it to the organizers.

Food Court and Other Festival Areas

This year, the food court will be more than two times bigger than before. There will also be more food court workers. Thus, the service speed will increase. The assortment of food will be very diverse: from burgers and shish kebabs to homemade meals. Like in the previous year, beer will be sold both at special places and in food kiosk.

The sanitary area will be almost three times bigger. A large camping will work for the guests of the festival, where everyone will be able to stay for the night.

The organizers are preparing even more entertainment events: an interesting quest on Lida and festival activities, children’s playground, photo zones, team quizzes, language games and much more. Moreover, the guests of the festival will be able to visit the oldest of the acting brewing factories in Belarus, «Lidskoe Pivo». At the very end of the evening the guests will see a large firework that will conclude the holiday named LIDBEER-2017.

This year, the area of the gala concert will be transformed into a comfortable site with a separate food court, beer sale points, interesting activities and a large sanitary area. Why? The LIDBEER festival aims for the new level, expecting to become one of the most famous festivals in Belarus and in Europe. This is why the organizers are paying even more attention to the safety and comfort of viewers and the quality of services provided by the event partners.

The festival will be closed by some of the best musicians of the present days — «Петля Пристрастия», «Крамбамбуля», «Lumen» and «Океан Ельзі». The price of the gala concert tickets is 15. You can purchase them with no fee charged at lidbeer.by. 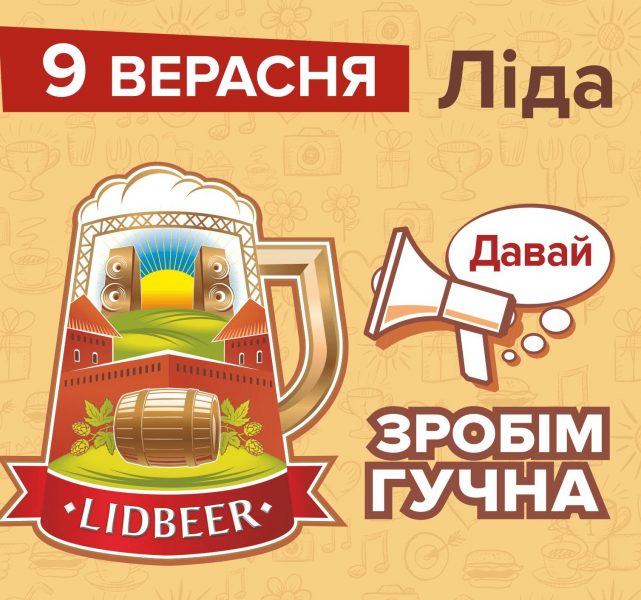